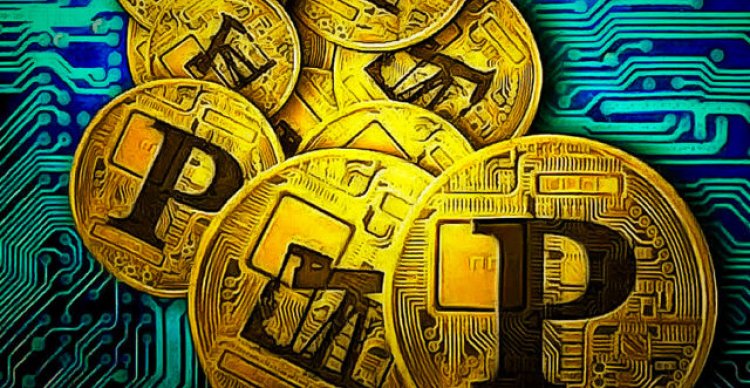 Venezuelan authorities announced the start of sales of the national cryptocurrency el petro. Announced preliminary cost at around $ 60. For the first time banknotes can be purchased on February 20.

The president of the country, Nicolas Maduro, commented the situation and announced that the Venezuelan cryptocurrency el petro is designed to improve the economic situation in the country and circumvent the sanctions imposed by the United States. At the same time, Parliament declared the launch of sales invalid.
38.4 million tokens have been put up for sale of digital currency. This was reported on the website of Petro. One can buy el petro at a price of 60 US dollars per unit. A total of about 100 million tokens are planned for the issue.

Earlier, Reuters has published information that it is planned to sell cryptocurrency in the future, not only for US dollars, but also euros, and in exchange for other virtual currencies. Bolivars are an exception, it is impossible to purchase tokens for Venezuelan national money.
The creation of a virtual currency by the country's president, Nicolas Maduro, was first announced in December 2017. The purpose of this money is to bypass the sanctions and bring Venezuela to a new level of the economy.

Last summer, Donald Trump issued a decree banning trade operations using stocks and debt securities issued by Venezueta. The cooperation with the oil and gas company PDVSA was also terminated. This situation has caused a collapse in oil sales from Venezuela and a loss of interest in the direction among foreign investors.

The launch of a virtual currency Petro has become a necessity in the difficult financial situation in the economic sector. The crisis in the country lasts the last 4 years. With regard to el petro, the exchange rate is maintained against the dollar in the amount of 60 units in US currency.

Pre-sale of cryptocurrency, supported by cryptocurrency, brought in the country's economy $ 3.3 billion. The funds will be directed to the development of the financial sector in the Central Bank of Venezuela. From there, they will go to the DICOM auctions - the site where the government organizes the sale of foreign currencies.

Venezuela, proclaiming the legal framework for the legal exchange and trade of the national cryptocurrency, became the first country in the world community to approve the legal basis for such transactions. In addition, all operations were supported by oil reserves in the country.

For trade cryptocurrency the President of Venisuela approved economic zones. From April 20, it will be possible to conclude real estate transactions - the purchase of real estate at the expense of the national cryptocurrency..

The el petro rate is still stable. However, the deterioration of the financial situation in the country led to a deep crisis. In addition to the official exchange rate adopted at the DICOM auction, there is also a “black market” course, which street money changers adhere to.

In April, the Venezuelan authorities also approved an alternative cryptocurrency - el tiempo, which can be used to purchase goods and products sold at fairs held under the patronage of the mayoralty during the month.

Petro will create its own infrastructure, train a new generation of mining principles, organize the conditions for network security and the base for valuable assets in other developing countries of Venezuela, commented  financial industry leaders. With the help of electronic currency it will be possible not only to make transactions, but also to pay taxes and fines, public services.

In addition to Venezuela, the issue of creating cryptocurrencies on a national basis has been raised in Russia, Estonia, Singapore and Sweden. In the latter cases, interest in virtual signs will be much higher than that of Venezuela, which has lost investor confidence due to the prolonged economic crisis. Some experts are skeptical about the creation of a new currency and believe that it will not differ in liquidity.