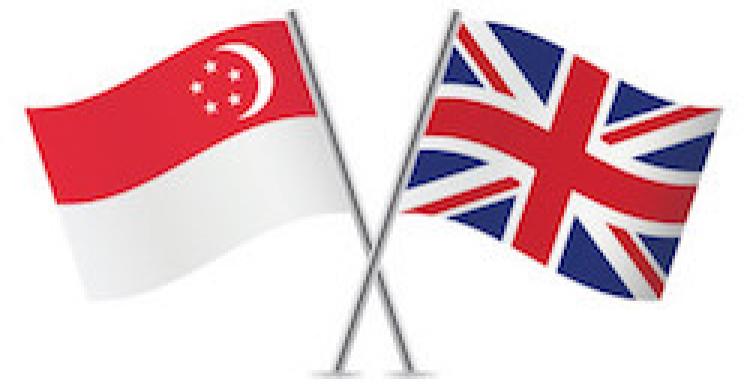 Singapore and the United Kingdom - a step forward

On September 16, 2016, an agreement on the automatic exchange of information was signed between Singapore and the United Kingdom; at the beginning of the month a similar agreement was concluded with Australia. Thus, Singapore has expressed its willingness to work within the framework of the Single Reporting Standard (CRS), also referred to as the Standard for Automatic Exchange of Financial Account Information.

A bit of history

Offshore jurisdictions, where favorable conditions for tax planning were created, over the years have become increasingly popular for international business. As a result, much smaller sums began to flow into the budget of countries with a high level of taxation, which could entail certain difficulties, in particular with regard to social benefits.

In order to return the income to the treasury, first of all, it was necessary to establish the true owners of the funds, which was very difficult due to the privacy policy of the offshore companies. The practice of exchanging tax information upon request was not very effective, so it was decided to switch the exchange to automatic. FATCA, a US law passed in 2010, was in a sense the predecessor of CRS - more than 100 states provide information about US citizens who have accounts in other jurisdictions. Moreover, this information is provided automatically, and not on request..

This mechanism was taken as the basis for the development of CRS, but its effect extends already on a more global scale to countries that have concluded bilateral agreements or signed the ACIA agreement. The exchange of data does not take into account citizenship, but the tax residency of the reporting person. The final version of the standard was approved in July 2014, and at that time more than 60 countries expressed their willingness to fulfill its conditions.

Singapore accepts the rules of the game
An interesting fact is that Singapore literally in the front ranks expressed agreement with the basic requirements of CRS - this happened in November 2014, but the state refused to participate in the multilateral convention of the ISAA, preferring bilateral agreements.

Singapore put forward a number of requirements, the observance of which is mandatory for entering into automatic exchange agreements:
- the stability of the legal system of the country with which the contract will be concluded, respect for the confidentiality of the data obtained during the exchange, as well as the prevention of their unauthorized disclosure;
- observance of reciprocity regarding exchange within the framework of the validity of the contracts
- in relation to large financial centers, uniform criteria for the exchange of information will be applied.

Exchange of information on financial accounts with the UK and Australia will begin in September 2018, and in May of the same year, the Singapore tax authority plans to receive reports from local financial organizations on the accounts of taxpayers in both countries. In turn, the UK and Australia will also have to provide similar information regarding Singapore tax residents. The automatic exchange within the framework of the CRS will be carried out between the participating countries annually.

The positive image of Singapore as a country that is trustworthy in terms of combating money laundering was also supported by the September FATF report. It noted that, despite some miscalculations and insufficiently aggressive measures to prevent the financing of terrorism and money laundering, in general, Singapore has an adequate policy aimed at reducing the risks associated with the legalization of illegal funds.