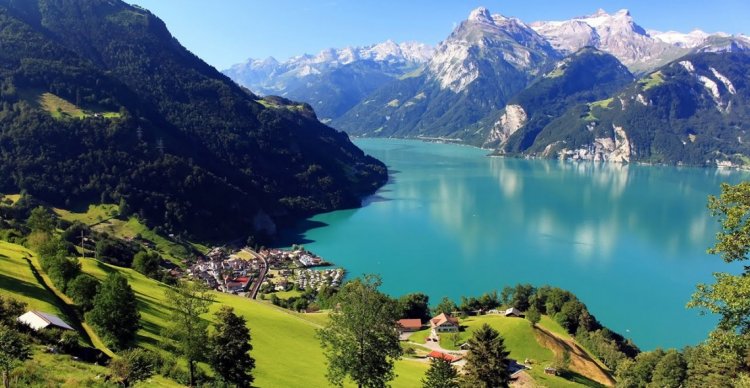 Which canton is the best place to incorporate a company in Switzerland?

Registering a company in Switzerland in 2020 is relevant as the country has a stable economy and currency. It is internationally renowned and has the opportunity to cooperate with European partners. The country has a well-developed infrastructure and legal system, and agreements with various countries on avoiding double taxation have been concluded.

Features of business in Switzerland

It is profitable to start a company in Switzerland because there is no corruption in the country. The level of taxation is low enough and the legal system is transparent. The following forms are relevant for starting a business:

The country has available conditions for entrepreneurship development. To start a company, please contact our specialists at IT-OFFSHORE.

Directions for business and main advantages

There are several most promising areas for opening companies. It is profitable to open a firm related to agriculture, innovation, and high technology. It is possible to develop in the sphere of tourism or biotechnologies as well as provide services connected with finances.

The advantages of opening a company in Switzerland are the following:

The taxation system in the country has its own peculiarities. Most of the fees received go to the cantons where the company is registered, and a smaller part of the fees is used to supplement the budget. Taxation may vary in each region. You can choose your own canton where the rates are lowest.

Cantons in Switzerland - where it is better to start a company

Canton is the name of the top-level territorial administrative unit in the country. Each canton has its own constitution and laws and is independent in resolving internal problems.

One popular canton where you can start a company is Zug. It is located in the central part of the country. Doing business in this region is beneficial, as tax rates are low.

You can register your company in the canton of Bern - it is the second most populous and largest. It is located in the west of the central part of the country. The location ensures convenient communication with the cantons throughout the country. German and French are the most common languages in the region.

It is possible to set up a company in Geneva. This canton is small in size and the official language is French. The most developed industries are chemical industry, medicine, services and hotel business.

Zurich is considered the economic and commercial center of the country, where a large number of trade and industrial companies are concentrated. A foreign citizen may open a company in this canton. Due to the specifics of the law, it is easier for foreigners to start a business in Zurich.

Why it is profitable to start a business in Switzerland

Taxation in Switzerland: benefits of the canton Zug