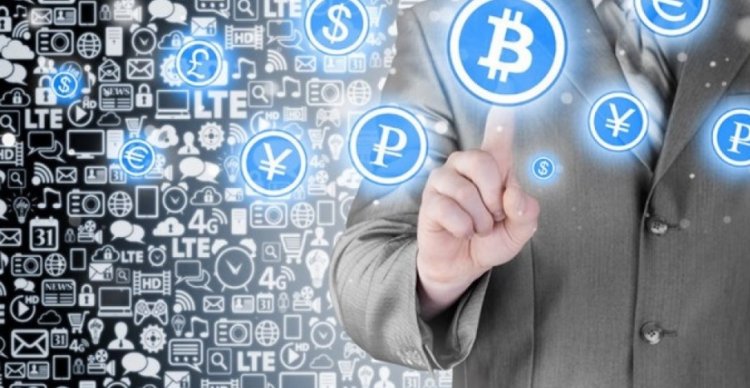 Overview of the main cryptocurrency

The cryptocurrency market is gradually developing, the number of means of payment is increasing. Exchange rate is linked to dollars or euros, the value of gold, or a price fluctuation chart. Each of them has a circulation in relation to certain operations, but for a beginner it is enough to know several major currencies.

1. Bitcoin - reflects the change in gold prices in the global precious metal mining industry. In terms of popularity and the number of transactions conducted with this equivalent, ranks the first place. When calculating the cost, the ratio to the US currency is estimated. Spreading mastabas are difficult to assess, it requires capital investments for mining, is available for sending, receiving and storing. The currency is decentralized, it is allowed to combine miners in the network to manage the financial network. The maximum volume of production is 21 million, today reached a value of 16.75 units. The classic measure of savings introduced into the investment turnover.

2. Ethereum ("Ether"). A promising storage tool with the ability to create smart contacts. Used to build a blockchain economy created by connecting network fragments. Energy-intensive as bitcoin, but it is updated 60 times faster than the most common currency in 10 seconds.

3. Ripple ("Ripple"). Recognized as an alternative to Visa, was created for the purpose of making payments worldwide. The advantage is the use of financial institutions, but with a decentralized scheme. Not invested, which means the lack of a developed network and its growth.

4. Litecoin ("Lightcoin"). Platinum is priced lower than gold. It works faster than Bitcoin, a promising purchase for investing in the most popular currency, but less common.

5. Ethereum Classic (“Ether classic”). It works by analogy with the Alibaba site. Capital is represented by a multi-billion state. Not credible in connection with hardforkom, which occurred in September 2017.

6. Dash and NEM (“Dash” and “HEM”). It is widespread in Japan. The number of coins issued is not more than 9 billion. Additional issue is not provided. On the basis of the currency, the Mijin platform was created for conducting secure transactions by banks in the country. It has a structure like bitcoin. Currency "Dash" represents complete anonymity when conducting financial transactions, has a decentralized system. It has a high exchange rate.

7. IOTA (“IOTA”). The real equivalent is represented by the Google system. It is called the cryptocurrency of things on the Internet. The scale of the currency gradually grows to the world value. To conduct a transaction can a regular user from a mobile phone. For comparison, for the implementation of financial transactions with Bitcoin requires the involvement of a professional participant in the currency market. This reduces the cost of maintenance, because you do not need to pay extra commission to miners. Experts believe that this currency will have a future and it will gradually replace larger currencies.

8. Monero ("Monero"). The issue is not limited, but the storage of information requires much more space relative to Bitcoin. The site is operated by Russians, therefore failures and transfer to other resources without notice are not excluded.

9. Empire State Building (abbreviated - "EOS"). It is based on a technology comparable to the formation of a blockchain scheme. It can replace the Ethereum currency or merge it. Previously presented by BitShares and Steemit.

10. BitShares. The course does not depend on tax rates and changes in the legislation of various countries. Charges against the dollar at a rate of 1 to 1.

The development of the cryptocurrency market has gone over the last year especially actively due to the increasing demand for virtual marks. The occurrence of a large number of new equivalents in the future is not excluded.