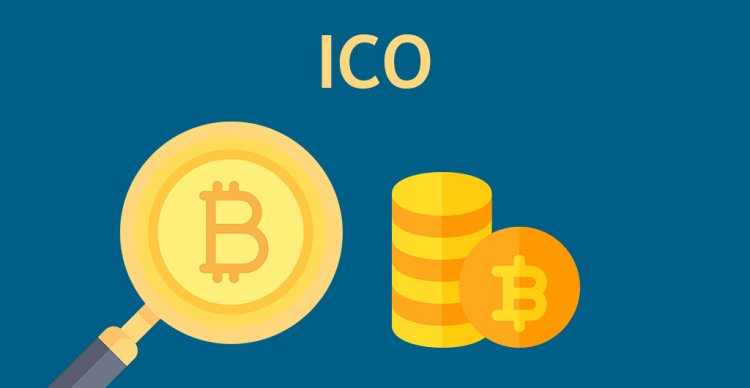 An important step in conducting an ICO is choosing the right jurisdiction. The value of this plays not so much the cost of processing as the tax rate and the market for product sales. In the direct relation the place of initial placement of business is on the project features.

Difficulties with the organization of cryptocurrency business in Russia are associated with the lack of government regulation in this area. For this reason, it is necessary to choose a jurisdiction with the most favorable conditions and the possibility of optimizing the tax rate, loyal to the legislation regarding foreign investors.

When choosing ICO jurisdiction, one should pay attention not only to the country of business organization, but also to the legal scheme of creating a token using civil law and contractual relations, as well as the procedure for making documentary electronic digital signatures. A special place in the procedure is given to the public offer, on the basis of which the currency will be realized.

Experts currently divide all jurisdictions into three categories, based on the vectors of legislative regulation and position on the introduction of ICO jurisdiction:

• China, United Kingdom, Hong Kong, China, Malaysia, USA, South Korea, Canada - a ban is being conducted to conduct unrecorded transactions with cryptocurrency, projects are being created to finance transactions with such payments.
• Japan, Estonia, Luxembourg, Gibraltar, Cayman Islands, Jersey, Guernsey, Switzerland, Australia, Vanuatu - are open to new progressive technologies.
• Ukraine, India, the United Arab Emirates, Russia, New Zealand, the EU, and Ukraine — are not yet ready to exercise control over such transactions; they do not have relevant legislation. 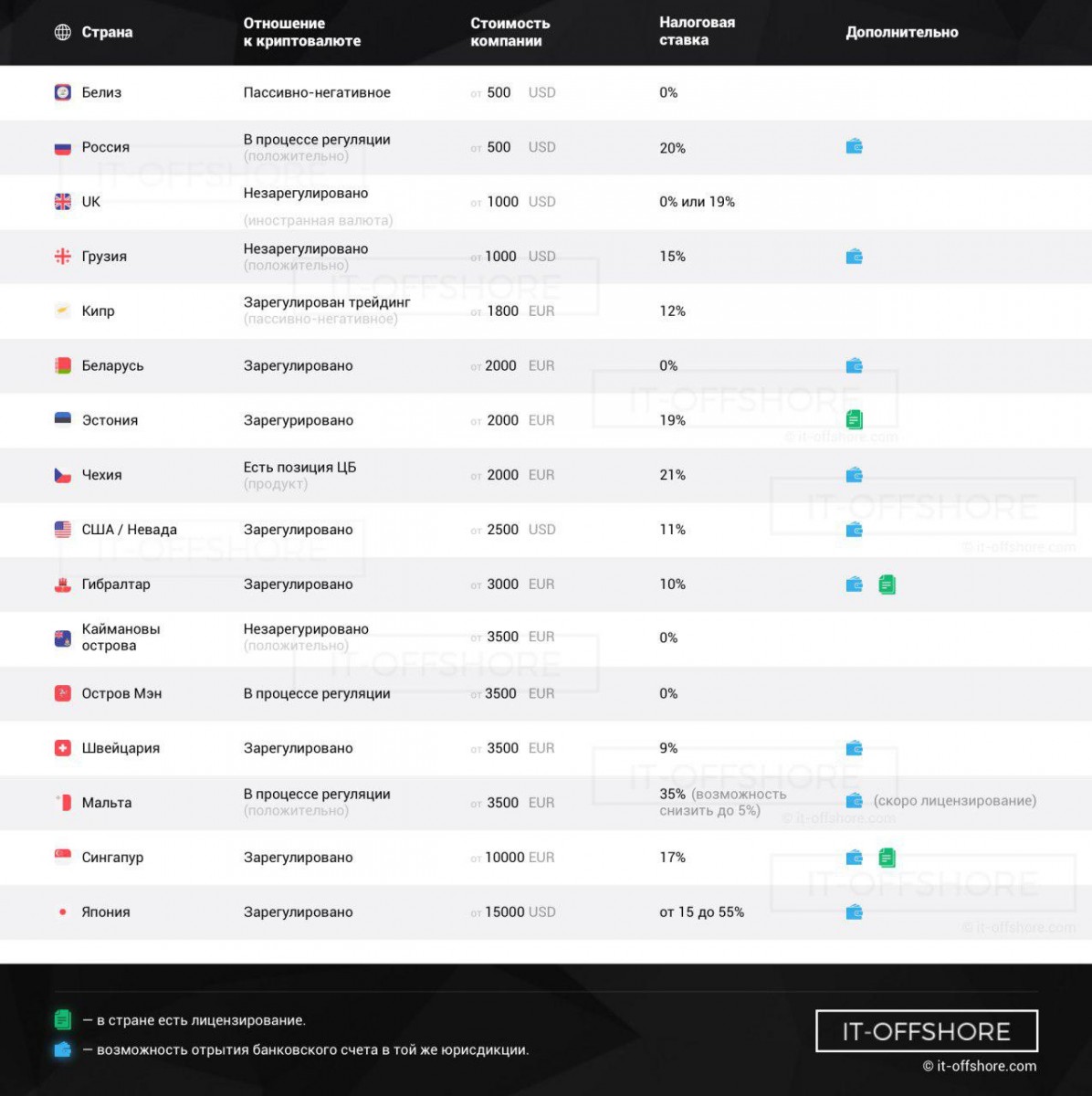 Often, even if local laws of a country of jurisdiction to place tokens for individuals and legal entities and the sale of ethyr and bitcoins are admissible, such transactions end in failure due to incorrect registration of ICO activities and the introduction of bans on certain operations by the country of jurisdiction. Due to the lack of legal protection guaranteed by the state where the business is located.

As can be seen from the table of contents, some countries have current legislation regarding the regulation of cryptocurrency, others are in the process of preparing a legal framework. At the same time, the creation of such companies is allowed at the regulatory level.

The absence of a formed legal framework may lead to a ban on conducting transactions and recognizing activities illegal. In this regard, the choice of the right jurisdiction is necessary at the time of the creation of the company in order to avoid possible problems.