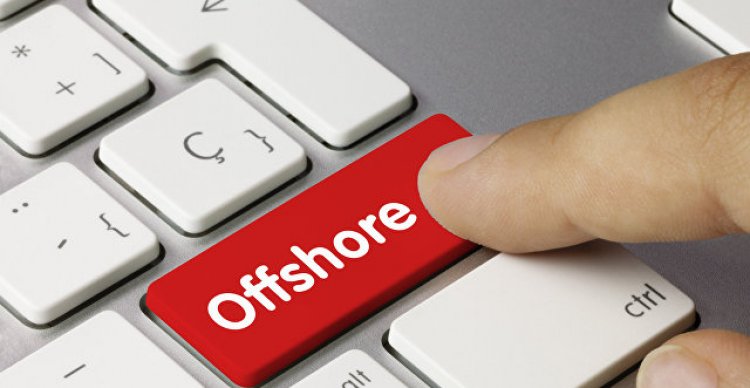 Information Exchange about accounts is a major shift in the history of the business sphere. The corporate business is gradually becoming more transparent, although some jurisdictions still do not agree with the new rules. However, this does not last long. You can pay attention to the US offshore.

Every day, foreign citizens register companies in the US, from large enterprises to small shops. Access to the offshore US market is the key to success for many businesses around the world. One effective way to reach this market is with an American company to take advantage of one of the largest in the world, the best integrated national markets at a low tax rate. Registration of an offshore company in the US as a non-resident is simple, if you contact us for help.

US Tax Information Exchange with the ranks of countries is now a reality:

US Tax Information Exchange and Kazakhstan

Since 2014, enters into force in the FATCA - Foreign Account Tax Compliance Act. The law is primarily aimed at preventing evasion from paying taxes to US citizens and residents involved in transactions with its assets by non-financial and financial institutions. Despite the fact that the law is aimed at Americans, it will affect almost all financial institutions located and operating outside the US, but citizens and residents of this country will be in the client’s portfolio.

What is the essence of the FATCA law? In particular, the law requires that foreign companies enter into an agreement with the Internal Revenue Service (IRS) under the US Department and, in accordance with it, provide information to the Internal Revenue Service on US citizens and residents accounts, including the clients names and characteristics of transactions. In addition, organizations should be listed as a tax to the budget in the amount of 30% of the income of such persons in the US budget. Most readers have a question: "Why should we do this, because the law is not ours, but the US?" And so it is, but taking into account the specifics of the law, its operation is not limited to the territory and jurisdiction of the United States. For organizations that have not signed such an agreement or refused to cooperate within the FATCA with the US tax regulator, there is charge of 30% of their revenues, which can be interpreted by the US tax authority as revenue. Charging will be carried out by retaining the funds of organizations that cooperate with the Internal Revenue Service. In addition, it is worth mentioning that citizens and residents of the United States are required to register and report to the regulator about their assets that exceed the $ 50,000.

Given the relatively high level of Kazakhstan's integration into the international economy, as well as the ubiquitous presence of American business, the above measures have also affected Kazakhstan's business, especially commercial banks, brokerage and management companies, and insurance companies.

According to the federal law, the US government plans to kill two birds with one stone, first increase the income, which will be about a billion a year, and in the second - once again expand its influence around the world due to the law of extraterritoriality. It is also assumed that the projected income to the US budget is much less than the amount that will have to be spent on counterparties in other countries to create the appropriate mechanisms.

Exchange of information between Lithuania and USA

In September of this year, the tax service in the US said that it would exchange annual information with Lithuania on the tax matters of large companies.

So, this agreement was signed on September 30, 2017. Exchange of information between Lithuania and United States should significantly simplify the process of resolving tax issues with respect to large companies operating in the US and Lithuania.

The agreement between the responsible authorities allows states to exchange information about what tax policy is implemented by large corporations in these countries. This allows a much more effective fight against tax evasion, in the first place - related to transfer pricing.

Exchange of information between US and Bermuda

The US is negotiating with Bermuda to annually exchange reports on large multinational companies, as reported IRS.

The exchange refers to the transaction concluded between the countries in 2015, following from the plan of the profit redistribution.

The BEPS (base erosion profit shifting) agreement requires countries to receive reports from large multinational corporations with headquartered in their country with a detailed description of tax cases around the world and further exchanging of these reports with countries in which the multinational corporation operates. The goal is to provide tax administrations with information that they can use to determine if multinational organization operating in their country can avoid tax.

Today's statement confirms that the US is seeking a bilateral agreement on competent authorities with Bermuda to conduct these exchanges.

In general, registering offshore companies, it is necessary to be vigilant and look ahead. Even the most classic of the classic offshore will be unpredictable and will sign such agreements.
If you have any questions, then you have the opportunity to learn the answers from our professional specialists. Use any form of feedback!