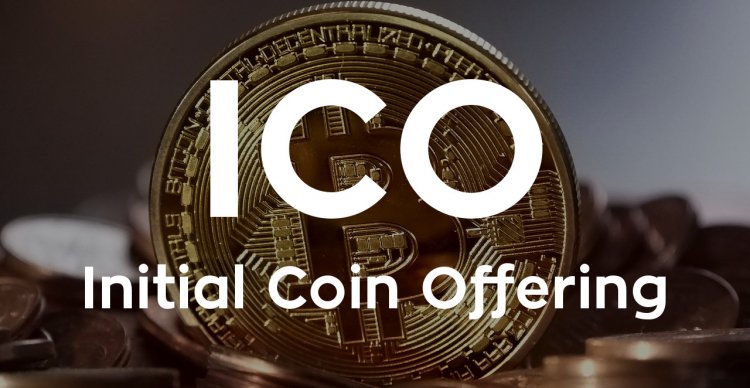 ICO is a financial tool that helps new cryptocurrencies to start successfully. The abbreviation can be decoded as Initial Coin Offering, in the other words - the initial placement of tokens (coins). During this process, the company that created the new project sells digital coins for cryptocurrency (virtual) or fiat (credit) money. This allows you to use the funds received on your platform instead of domestic money or sell them on the exchange.

Creating your own tokens and exchanging them for well-known cryptocurrencies (for example, Bitcoin), fiat money (euros, dollars) allows the company to attract funding needed to start or develop an idea. Typically, the sale of coins occurs in the early phase of the project, even before creating its full-fledged structure.

Many conduct a comparison between ICO and IPO. The latter implies a primary emission on the stock exchange. ICO has a similar principle: people invest money, getting their share in the form of tokens. It should be re-emphasized that all this happens at the stage when the idea is only developing and is far from the final stage.

Currently, the use of Initial Coin Offering is interpreted ambiguously: although it cannot be called an illegal method of attracting money, it is also not legal. No country in the world has defined the legal status of the ICO, nor has it developed requirements for enterprises that they are going to raise money through it.

And here is another difference between ICO and IPO. The process of the initial public offering is clearly regulated by the laws of different countries. For example, in America, a company that plans to do this is obliged to be a joint-stock company, to get registered with the Securities and Exchange Commission (SEC). This makes it harder for companies to get money in the early phases, but gives investors insurance. If we talk about ICO, here it is easier for the enterprise to get investments, while investors have no guarantees.

Since the new cryptocurrency allows its creators to collect good money, the main risk for investors is that the project developers have only one goal - to take money and escape. Given that the deal here is largely based on trust, scammers will get away with such tricks.

But even if the project exists, and its creators really want to develop it, there is always the risk that it will fail long before its completion, or the final product will not like the investor.

Despite the risk of losing money, investors are still at risk. And they have grounds for this. Buying a new cryptocurrency, they plan to sell it in the future at a higher price in case of success of the enterprise. For example, the cost of one Ethereum token at the initial stage did not exceed a cent, whereas now the purchase will cost $ 400. There are also investors who buy tokens in order to get future services promised by the company at lower prices.

Despite the great risks, by taking some action, investors can still reduce the risk of losing money.

The integrity of the project can be judged by the following criteria:

• The public offer placed on the site contains all the necessary rules and agreements.
• Properly written documents.
• Fully completed working prototype.
• Using escrow (conditional account) - the principle is that there is a third trustee between the buyer and the seller who deducts payments and goods until both parties fulfill their obligations.
• Company registration.
• The perfect reputation of the people who organized the project (the success of such a deal depends largely on the reputation of the people who started a cryptocurrency startup and the level of trust that potential investors have towards it).

Before buying tokens, you should carefully examine the contract for the sale, especially pay attention to the items written in small print. In the course of such a study, interesting details may be discovered that the coin selling company did not declare.