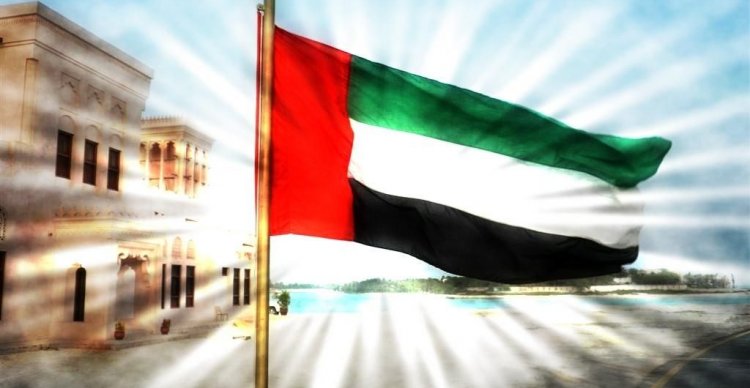 The benefits of registering a company in the UAE in 2016

The UAE is the largest international financial center in the Middle East region. Its development was facilitated by the rapid development of the economy, favorable conditions for doing business and as a result, attracting foreign investment.

The popularity of this jurisdiction for doing business is due to several reasons.
Due to its favorable geographical position, the most important economic routes linking the Middle East with Europe, Asia and Africa pass through the UAE. Well-established water and sea transport facilitates the delivery of goods, even in remote regions.

A wide network of banking institutions provides a full range of services to foreign companies. It is possible to conduct settlements with Middle Eastern partners in their national currency without conversion. Along with the local offices here are the largest international banks.
The reliability of investments is ensured by the absence of restrictions on the payment of profits, exchange operations and capital movements, as well as the stability of the currency (dirham), the rate of which has not changed over the US dollar for a long time. The UAE is not a member of any tax information exchange organization. At the same time, the state does not appear on the lists of countries contributing to money laundering and related to tax havens.

The possibility of registering resident (local and onshore (in the free economic zone)) and non-resident (offshore) companies, as well as obtaining visas for owners, management and family members.

Favorable tax climate. Offshore and onshore companies are exempt. For local companies and individuals, in the majority of the emirates, corporate and income taxes are not provided, respectively.

In the UAE, there is a developed transport infrastructure, sea air ports, office and industrial buildings.

The benefits of registering offshore companies in the UAE

- Ease and speed of registration
- Respect for confidentiality
- No license required
- The possibility of "virtual office"
- Ability to open accounts in local banks
- There are no requirements for the residency of directors and shareholders.

For an offshore enterprise, 100% foreign ownership of capital, the absence of a public registry, the possibility of owning real estate, opening multicurrency accounts, including in foreign banks, are typical. The advantage is a low registration fee, minimum start-up capital, lack of financial statements. UAE includes the number of countries listed in the "white" offshore lists.
The disadvantages of registering such companies include a longer procedure for opening bank accounts, conducting activities outside the country, the lack of visas for directors and shareholders.

The advantages of registering onshore companies in the UAE

Registration of resident companies is possible on the territory of Free Economic Zones. For them, there are the following benefits:
- Doing business in the country
- Organization of production, offices
- The use of hired labor with the provision of visas
- Granting visas to owners, directors of the company and members of their families
- High business reputation of the company as a resident of a respectable jurisdiction
- The status of a company-tax resident allows you to use the benefits of agreements on the avoidance of double taxation.

For onshore companies, 100% foreign ownership of capital is typical, the choice of a free economic zone is tailored to the specifics of the business. Taxation: zero rate of income, corporate, personal taxes, no customs duties, taxes on exports and imports. The advantages of such companies include obtaining visas for the director, shareholders, their families and employees; sometimes a company is registered specifically for such purposes. When opening bank accounts, there is an accelerated verification of documents. This form of company is optimal for holding activities.

The disadvantages of onshore companies include the ability to operate either abroad or in the FEZ, while companies need to obtain and renew annually licenses to carry out the necessary activities. There are higher reporting requirements.

The advantages of registering local companies in the UAE

Doing business in the domestic market
Registration of activities for which licenses are not issued in the FEZ, such as insurance, restaurant business, retail.

A local company has a high business reputation, can open branches and representative offices. There is an accelerated procedure for opening bank accounts. Provision is made for the provision of resident visas to the management of the company, their families and employees. There are minimal restrictions on activities, it is possible to open an office in any city in the country.

The peculiarity of local enterprises is that the share of the foreign owner of the company is 49%, and 51% is owned by a resident of the UAE - a natural or legal person.
The disadvantages of such enterprises include the presence of a resident partner, the need to obtain and renew a license, and submit financial statements. Tax collection is possible (depending on the place of registration).

Legalization of documents still exists on the territory of the country, the procedure of which is longer and more complicated than the Apostille.