OCBC Bank is a public institution providing financial services around the world. Its main office is in one of the centers of Asian trade, Singapore.

Bank account in OCBC Bank opens wide opportunities for its owners, especially considering that the bank adheres the agreement on avoidance of double taxation, and bank secrecy is at the highest level. At the same time, the institution's strategy is based on a careful attitude to the client, minimization of risks, formation of stable capital. 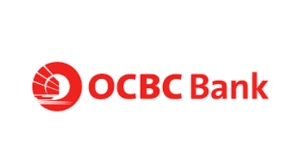 OCBC Bank appeared in 1932 after the merging of three big banks of Singapore. Then the institution expanded its scope of work, and eventually turned out to be the largest bank in the region.

During the Second World War, the bank was closed, but after a while resumed its work in Singapore. However, the main office was moved to Bombay (India) and returned to Singapore only after the war. Another OCBC branch in Chinese Xiamen survived the war, so in the fifties years, OCBC Bank was one of the four foreign banks with branches in China.

After the war, the institution restored its branches in Jambi, Jakarta and Surabaya. But in 1963, the conflict between Indonesia and Malaya led to their closure. In the same year, the revolutionary government in Burma took two OCBC offices, transforming them into People's Bank No. 14.

Nevertheless, the institution prospered, and by the beginning of seventies OCBC assets exceeded 1 billion Singapore dollars, which made it the largest financial institution in the region with the largest deposit base. In 1972 the bank bought shares of Four Seas Communications Bank, the oldest bank in the city.

In 1989, OCBC created a new corporate identity: the logo was changed, and it was renamed to OCBC Bank. After that, it was made a few bought which made the financial conglomerate one of the largest in the world. Bloomberg Markets rating, has recognized the OCBC as the strongest bank in the world.

OCBC Bank owns subsidiaries of retail trade in Singapore, Malaysia, Indonesia, Hong Kong and China. Among them - the Bank of Singapore, whose branches are not only in Singapore, but also in Hong Kong, Manila and Dubai. Bank of Singapore serves people and companies with a high level of prosperity. OCBC became the owner of the bank in 2010 after it acquired with ING Asia Private Bank.

Another company is OCBC Securities Private Limited. It is a member of the Singapore Stock Exchange (SGX-ST) and Singapore Stock Exchange Trading Company Limited (SGX-DT). OCBC Securities was founded in 1986 and is considered as one of the leading brokerage firms in securities in Singapore. The institution provides a full brokerage service for securities, derivatives and exchange currencies using borrowed funds. The company provides a reliable electronic platform that allows you to perform the most effective way of transactions both locally and internationally.

In the possession of OCBC Singapore are insurance companies. One of the most significant is Lion Global Investors (LGI) company. The company works in China, Malaysia, Indonesia and Brunei.

You can manage services from a distance using Internet banking. Through it you can monitor the status of your accounts, manage them, conduct financial trading operations, send money abroad, receive statements. The system is reliably protected from hacking, so you can not be afraid of intrusion into the account. To improve protection, do not forget to update anti-virus software and not to tell anyone access codes.

In order to open an account in ОСВС, you need a personal visit to the branch of the bank. Another option is remotely bank account opening in the subsidiary of Bank of Singapore. Our company will help you quickly collect all necessary papers, competently filling. We also organize a trip, we will provide qualified interpreter.