Mashreq bank PSC is the oldest private bank in the United Arab Emirates. This financial institution was the first who install ATMs, issued debit and credit cards, began to provide consumer loans. 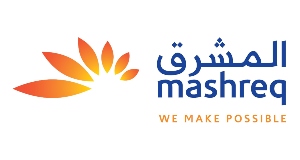 Mashreq bank was founded in 1967 as Oman bank, even before the formation of the UAE. In 1993, the bank changed his name to Mashreq Bank and now is one of the country's leading financial institutions. In 1981, the Omani Bank opened training center aimed at improving the skills of its employees, which has been successfully operating to present day.

Mashreq bank has a strong banking presence throughout the Persian Gulf, and after opening branches in Kalba, Dibba, Fujairah and Umm al-Quwain, became the first and only bank in the UAE, whose branches are in all seven Emirates.

In the UAE, Mashreq bank provides its services through a network of branches, and also has customer service centers at key outlets in the country. The bank owns one of the largest ATM networks in the UAE, the first of which appeared in 1983. In addition, Mashreqbank has foreign offices in 11 countries in Europe, North America, Asia and Africa.

Through Internet banking one can manage accounts and various financial transactions. It is available around the clock, regardless of the day of the year, anywhere in the world.

Our specialist can help you to open bank account in Mashreq bank. We will help you quickly collect documents, filling the forms, translate into English. All papers should be filling in a proper way. The bank examines the application within 10 working days, after which it makes a decision about which you will be informed immediately.

For his investments, the client of Pekao S.A can not be afraid: they are protected by the Deposit Guarantee Law.