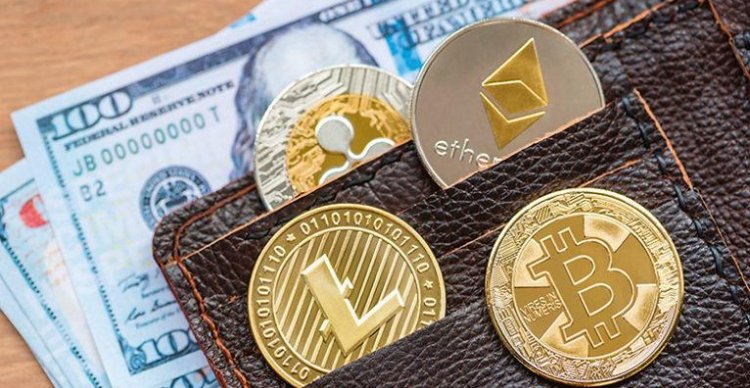 Cryptocurrency is becoming increasingly popular, and many users are looking for safe platforms to work with it. Banks in America are highly reliable. Today we will talk about how to open a cryptocurrency account in 2022 in the US.

Despite the popularity of cryptocurrency, U.S. banks are in no hurry to work with it. It is unstable and can disrupt the reliability of the banking system. Plus, digital currency can devalue the dollar-based activities that banks work with.

But recently, U.S. banking institutions have begun to pay more attention to digital currency, and the Financial Regulator has officially allowed banks to keep cryptocurrency keys for cryptocurrency wallets.

It is expected to bring more clarity soon on what types of digital currency activities by banks will be acceptable. With clearer rules, banks will broaden the scope of their activities and begin to operate more actively.

The first institution to receive a license from the regulator was cryptobank Anchorage Digital, a leading digital asset platform founded in 2017. Financial institutions - banks, venture capital, fintech companies, and government organizations - can open a bank account for Anchorage Digital cryptocurrency.

In operation, Anchorage Digital uses biometric authentication and security hardware modules to store and protect the digital currency. It also provides lending and trading of digital assets, including the infrastructure that companies use to create cryptocurrency products.

Small brokers can open a bank account for cryptocurrency with Ally Bank. It doesn't allow customers to buy bitcoins directly and keep them in their checking or savings accounts. But there is a way to use the bank to buy bitcoins.

Ally Bank allows you to link accounts to Coinbase, a platform where you can buy/sell/exchange digital currency. Because of this, using an Ally Bank debit card, you can buy bitcoins on Coinbase. It's not the same as buying bitcoins directly from a bank, but Ally is positive about digital currency and allows its customers to work with it as an intermediary.

USAA doesn't allow customers to buy bitcoins. But if you have a bank account for cryptocurrency with USAA, you can work with it: the account is easily linked to the Coinbase platform. You still won't be able to physically buy bitcoins through a USAA account, but once tied, you can keep track of your bitcoin wallet on Coinbase. In other words, you will be able to view balances and monitor transactions in Coinbase through your USAA account.

In the first quarter of 2021, Morgan Stanley became the first U.S. bank to offer its customers bitcoins. However, this does not mean that any user who has a bank account for cryptocurrency at Morgan Stanley can buy it:

If the "experiment" proves profitable for the bank, there is a chance that the service will be expanded for regular customers.

It is possible to open a bank account for cryptocurrency at Chime Bank. It doesn't allow you to buy digital currency directly, but it can be used to access bitcoin indirectly.

The account can be used for instant transfers to friends using the Pay Friends feature. It gives you access to the Paxful digital platform so that the transfer ends up in your friend's bitcoin account.

How to quickly open a bitcoin account in the U.S.

If you want to open a cryptocurrency bank account in the US quickly, contact IT-OFFSHORE experts and we'll help you.

How to get a cryptocurrency license in Croatia

Cryptocurrency activities offshore: where to open a firm

5 countries that are most friendly to crypto-currencies