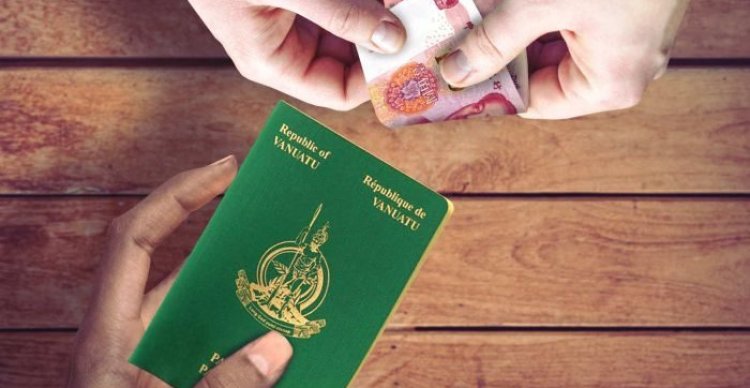 Vanuatu citizenship for money: 5 reasons to visit a new home

It is relatively easy to obtain Vanuatu citizenship in 2020. It is possible to acquire a second passport within 1.5 months without having to visit the jurisdiction. There are some benefits for Vanuatu citizens, including the possibility to travel to various countries without visas. The application for citizenship is processed fairly quickly.

Applicants are not required to reside in the country before obtaining a passport and dual citizenship is not prohibited. There is no income tax for individuals or resident companies as well as no capital gains tax.

A little bit about jurisdiction

The state includes more than 80 islands and according to the HPI index is one of the happiest countries in the world. Since independence was gained in the 80s, all the country’s land has been in possession of and still belongs to the indigenous population and cannot be resold to foreign nationals. Currently, approximately ¾ of the inhabitants of the jurisdiction live in rural areas.

According to the UN University report for 2014, the country is considered one of the most exposed regions to natural disasters in the world. After a cyclone in 2015, many people were left homeless. However, people very quickly began rebuilding villages, demonstrating the resilience of the nation.

The country offers one of the most accessible migration programmes for investment, which allows to get a second passport and citizenship for money. The country is attractive to investors and wealthy people. It is possible to buy citizenship in Vanuatu 2020 in a short time.

Why it is worth getting citizenship in Vanuatu

There are several advantages to Vanuatu citizenship. The Vanuatu passport allows free movement to different countries with no visa. The possession of a second passport remains confidential.

The tax laws in the country are considered highly favorable worldwide. Hence, the country is suitable for conducting a tax-free business. The procedure for applying for a passport and citizenship is relatively simple and transparent. It is possible to execute documents in a short period of time not only for an applicant but also for his or her family.

Once the application is approved and the passport is issued,  lifelong citizenship is granted. The passport is valid for 10 years after which  its validity may be extended for the same period of time. No presence is required in the host country to process the application.

Vanuatu has water bodies with crystal clear water. There are green forests, rocks and many places to swim in the country. One of the  most popular attractions is a hidden bay. Port Vila is an interesting place to relax.

Going on vacation in Vanuatu, you can immerse yourself in the culture of the country and visit places of shipwrecks. Many tourists are interested Millennium Cave as well as the famous "blue holes" - hollows in the water.

Opportunity to travel without visas

Those who plan to visit different countries in the Territory, including the Schengen area, will benefit from Vanuatu citizenship. It is possible to visit countries in Asia and Europe, African jurisdictions, the Caribbean and Oceania without a visa.

It is possible to formalize economic citizenship in a country at a relatively low cost. You can get a passport not only for yourself but also for members of the seven. Advantageous conditions are offered for investors with families. You can learn more about the nuances of citizenship registration from our specialists at IT-OFFSHORE.

To obtain citizenship in some countries, you will need to wait around a year (e.g. Malta). It is possible, however, to obtain a second passport in Vanuatu just one month after applying.

The Republic of Vanuatu is relatively young and gained independence in the 80s. The country has a tropical climate. English is widely spoken in the country. By acquiring a second citizenship, one may obtain the right to live in a safe and stable country.

Vanuatu offers various bonuses to international entrepreneurs and the jurisdiction is considered a major financial center. There are good opportunities for tax planning, and it is generally profitable to develop business in this country.