Bank of Singapore is considered as one of the best banks in Singapore. It is the Singapore banking division of OCBC Bank, the second largest financial institution in Southeast Asia.

As in any other bank in Singapore, the bank secrecy is carefully guarded, so the account holder can be sure that his money is in safe hands. 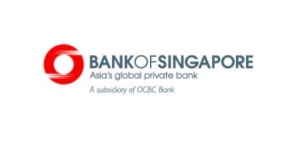 Bank of Singapore appeared in 2010 after OCBC bought shares of OCG ING Asia Private Bank as a result of restructuring. Since then, the Bank has been actively strengthening its position in the Asia-Pacific region.

A new turn in the history of the bank began after the Bank of Singapore acquired business Barclays (capital and investment management) in Singapore and Hong Kong. The deal was completed in November 2016, and the assets of the old bank, transferred to the new owner, amounted 13 billion dollars. USA. As a result of this acquisition, more than 60 private bankers from Barclays joined to the Bank of Singapore. In the same year, one of the largest financial institutions DZ PRIVATBANK Singapore decided to stop working in this region, and sent its customers to the Bank of Singapore, which led to significant expansion of the client base.

In November 2016, the Bank of Singapore received an official permit to operate in the International Financial Center of Dubai. This allowed the institution to offer its customers a number of highly profitable individual banking solutions, including advisory services for investment, lending.

Now, the bank is active in the markets of China and Middle East, South-East Asia, the bank’s branches are located throughout the country, there are branches in the UAE, Hong Kong, and Philippines. At the end of December 2016, the assets of Bank of Singapore amounted $ 79 billion. USA. Bank of Singapore is considered as only Asian private financial institution that received a credit rating of Aa1, one of the best indicators of Moody's.

Bank of Singapore is one of the few local banks that offer bankers a set of training programs that fully correspond to training at the Institute of Banking and Financial Standards.

Personal visit is not necessary for bank account opening in Bank of Singapore. Specialists of our company will help you to collect, correctly draw up all necessary documents, arrange meeting with the bank's employee. After the paper arrives at the bank's main office, it takes about two weeks to review the documents.