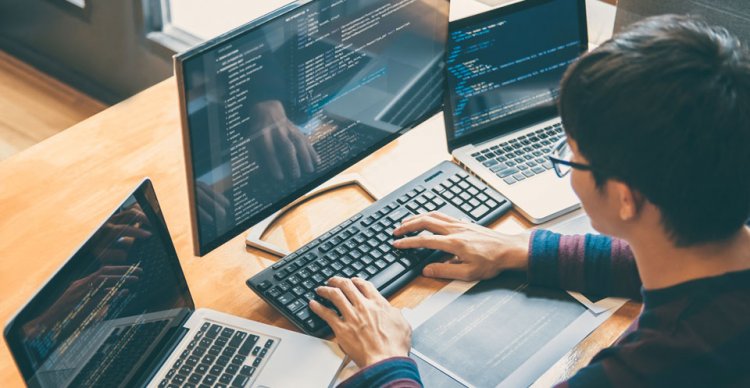 The best countries for programmers in 2021

With the coming of the pandemic, the world plunged into the digital age, during which there was a tremendous demand for programmers. Their salaries have reached new levels, and the governments of many countries have begun to implement programs to attract them to their home countries. The list of top countries for programmers in 2021 includes technology giants such as America, Germany, England, Canada, and Australia.

America is the country for programmers in 2021, which firmly holds the first position in the ranking. The reasons to open a programming company in the US are obvious:

Another advantageous option is to open a company in Germany. There are many interesting offers here, the political situation is stable, and it is easier to get a visa than in the USA. The country has an urgent shortage of IT specialists, so people with higher education who officially work in Germany can get a residence permit under the simplified "Blue Card" program.

The disadvantages include a large tax (up to 40%), but the high salary solves this problem. For example, an Amazon specialist gets $6,200 per month. Families have a lower tax rate.

In the list of "technological cities of the future", 1st place is given to London. It also includes Cambridge, Edinburgh, Belfast, Glasgow, and other cities in England. Thus, the UK confidently occupies the first position in the IT-industry.

The number of people employed in technology in recent years has increased by 40%. A total of 9% of the population of the country is involved here. The demand for programmers is extremely high, foreign specialists are welcome, so you can open a company in the UK.

Salaries here are high. For example, an Amazon developer earns from 122 thousand a year. The tax is lower than in Germany - 32%. In other words an English programmer gets about $7,000 a month.

Canadian IT services market, there are a lot of large and small companies which are interested in qualified programmers. So if you are good in your profession you will get a visa easily, and you can easily open a Canadian software company.

The wages and taxes in Canada are higher than in Europe. For example, they pay 164 thousand dollars a year to an Amazon programmer, and you have to pay 26% tax. So he/she earns more than $10,000.

Australia is one of the most comfortable places in the world to live, so it's a great paradise for programmers. Moreover, to get here is easier than in the U.S. The country has offices of FB, Google, and Amazon, and local startups are actively developing. Most jobs are concentrated in Sydney, fewer in Melbourne. In other cities, the chances of finding jobs for programmers are declining. Nevertheless, the demand remains, and you can open a company anywhere in Australia.

How to choose a country to work as a programmer?

If you want to do programming in another country, call IT-OFFSHORE and we'll help you decide where to do it.

IT business in 2021: where are the most favorable conditions and less risk

The best jurisdictions for IT business