HSBC Holdings plc with headquartered in London (HSBC UK), is one of the largest financial organization in the world: the bank’s clients are 38 million private and legal entities. In 2015, HSBC was ranked 14th place according to the Forbes Global 2000 rating. The conglomerate owns a network of banks scattered around the world and is successfully operating. 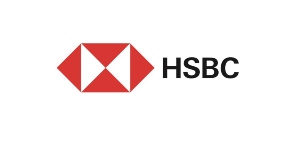 Currently, HSBC Bank operates at all continents of Eurasia, and its offices are open in 67 countries around the world. The conglomerate provides services covering all areas of financial activity, including settlement operations, asset management, domestic and international payments, financing of businesses and individuals, etc.

HSBC was founded in the 60's. XIX centuries. in Hong Kong, which was at that time an England colony, for lending trade operations between Europe and China. The bank provided loans to companies trading silk, silver, tea, cotton, sugar. It was the first real bank in this region, since earlier there were only branches of foreign banks. HSBC Bank almost immediately began to issue Hong Kong paper money and received the right to place government loans, primarily in China.

The institution quickly developed and soon took a strong position not only in the Hong Kong market, but also Far East. Ten years after the opening, it had branches in seven states of Europe, North America, and Asia.

During the Second World War, many HSBC PLC offices were closed, and its assets were withdrawn to the UK. When the war was over, the institution began to resume its work, but after the Chinese Communists came to power, almost all branches were closed, leaving only one branch in Shanghai.

After the Chinese market was lost for HSBC, authorities paid attention to other lands. And in 1955 the first subsidiary bank was opened in California, which allowed the bank to conduct trade operations in America. Four years later, HSBC Co acquired two British banks operating in India, and a few years later bought shares of its rival in Hong Kong. Acquisitions on this did not end, and soon it was absorbed many HSBC banks around the world. In particular, there is a subsidiary bank in Russia. HSBC in Moscow is LLC HSBC Bank. At first, the bank worked with many clients, but from 2011 it was decided to stop playing with private clients. And since then HSBC Bank in Moscow has focused on corporations.

In order to make it convenient for users to manage their accounts, HSBC has developed a remote access system via the Internet or mobile phone. HSBC's main site is https://www.hsbc.co.uk. HSBC official website tells about the proposed banking services, and also allows you to access the online banking system. Thus, through official website with the help of Internet banking one can make payments and transfers, check balance, update contact information, transfer money between accounts, view financial history, etc.

Official Internet banking of HSBC Bank is reliably protected. During registration, the user is proposed to select and install a security key, which will then need to be configured on the device from which it will be logging to the system. This gives you additional protection against online fraud and identity theft.

HSBC banks operate in many countries, including offshore ones, which you can learn by studying the site of the HSBC bank. In Hong Kong, the bank is known as HSBC HK. Here you can open both personal and corporate accounts, with the bank opening accounts only to companies with a history. Our specialists will help you to prepare all necessary documents, translate them into English, notarize. It is necessary the personal visit for bank account opening. We organize a trip and provide a qualified interpreter for a visit to HSBC bank not only in Hong Kong, but also in other countries of the world where you want to open an account.