Bank of China (Hong Kong) Limited (BOCHK) is the second largest in Hong Kong in terms of assets and deposits. The bank is considered as the largest provider of mortgage loans in the secondary market in the region. It is also one of three banks involved in the issuing of banknotes for Hong Kong. 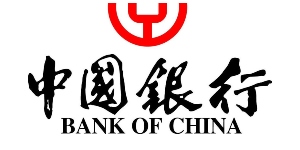 BOCHK appeared in 2001 after the merging of twelve subsidiaries of the Hong Kong Bank of China, and in 2002 the bank entered on the Hong Kong Stock Exchange. A year later, the bank's assets were HK$ 763 billion, and earned HK$ 8 billion in net profit.

Today there are more than 300 branches in Hong Kong, 14 offices in China. It should also be noted that BOCHK is the founder of JETCO, the largest network of ATMs in Hong Kong and Macau: the network includes more than 3,000 units.

The official website of Hong Kong Bank of China says that BOCHK is not a branch of the Bank of China. Legally, it is separated from the Bank of China (BOC), although they continue closely cooperate in the field of administration, as well as in several areas, including resale of BOC's insurance and securities services. BOCHK and BOC are located in the same office. This is one of the most recognizable towers of the city, the height exceeds 300 m. To eliminate confusion between, in 2007 BOCHK partially relocated its entire mainland business to Nanyang Commercial Bank.

The Bank of China hong kong limited owns shares of two other banks operating in Hong Kong. This is Commercial Bank of Nanyang and Chiyu Banking Corporation. The first has 42 branches and primarily focuses on corporate clients, in particular small and medium-sized trade and manufacturing companies. In 2007, the bank took over all continental operations of BOCHK, both corporate and individual.

Chiyu Banking Corporation has 43 branches in Hong Kong. Its activities are aimed at creating a sustainable business in Fujian Province and development of education.

Website of the Hong Kong Bank of China can be found at http://www.bochk.com, you can get acquainted with the services of the bank, learn the Bank of China exchange rate, swift code, get other information.

You can manage services from a distance through Internet banking or mobile phone. Hong Kong Bank of China official web banking is available at https://its.bochk.com/login/ibs_lgn_index_e.jsp. Through it you can view accounts, order statements, create payment templates, make payments. The Bank of China LTD system is reliably protected from hacking. The system can not be hacked if a user does not tell confidential information to third parties and takes care of high-quality anti-virus protection.

For bank account opening in BOCHK, there is no need to visit Hong Kong. Bank of China Moscow has at least no offices, through our company this process will be held quickly, in the shortest possible time. Contact us, and our specialists will help you to collect, correctly fill the documents. Bank account opening takes about a month.