Standard Chartered Bank (Singapore) Limited (SCBSL) is one of the best financial institutions in Singapore. 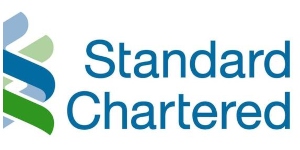 Particular attention in the formation of the conglomerate was paid to Singapore, which is one of the most important financial centers of the region. The first office was opened here in 1859 and since then the bank has not ceased its activities. In 1999, the financial institution became one of the first foreign-owned banks to receive a full Qualifying Full Bank license (QFB).

What does the bank offer?

One can remotely open bank account in Standard Chartered Bank Limited.
Our specialists will help you to open a Standard Chartered bank account in Moscow: they will prepare all necessary papers, help to fill in, translate into English, notarize, and then the documents will be sent to the bank. After receipt of documents in the central office, the bank examines the application within a month. When completing the questionnaires, it is important to follow our recommendations: if something provokes suspicions from a bank employee, he may require additional documents.