Deutsche Bank (Mauritius) Limited is one of the best in Mauritius. At the same time, it takes a unique position, being the only major financial institution in the country that owns not only banking, but also managing enterprises.

The Bank renders various financial services to companies and international investors. Therefore, Deutsche Bank (Mauritius) is one of the best options for companies wishing to open an account in this offshore zone. 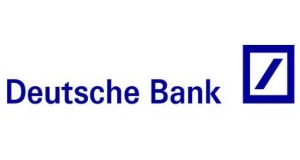 Deutsche Bank (Mauritius) belongs to Deutsche Bank of Germany, which appeared in 1870 to facilitate the trade of this country with other European countries and world markets. Quite soon, Deutsche bank became a leading provider of financial services and now has a strong position in the European market, has a significant representation in the countries of South and North America, Asia-Pacific region. Deutsche bank Germany was first who opened its representative office in Mauritius in 1995. Now there are about 300 employees, constantly provides Deutsche bank vacancies.

The main office of the conglomerate is in Frankfurt am Main (Deutsche bank Frankfurt). The shares of Deutsche bank are not concentrated in the hands of one director. The largest shares are held by Deutsche Bank AG (2.71%), Bank of America (2.68%), Goldman Sachs Group, Inc. (2.47%). The value of Deutsche bank shares on the stock exchange is highly valued. Deutsche bank official website –is www.deutsche-bank.de.

In addition to financial activities, Deutsche Bank is actively involved in the development of Mauritius. The bank supports various non-governmental organizations, including charitable companies, whose activities are aimed at working with poor children.

For bank account opening in Deutsche bank, please contact our company. We will help you to collect the papers, translate them into English, notarize, deliver to the main office. The bank accepts the decision to open an account within two weeks. If something provokes suspicions from the bank's employee, he can demand additional documents and even refuse.

For own investments, the client can not be afraid: they are protected by the Deposit Guarantee Law.