Bank of Cyprus Group is the largest group that provides banking services in Cyprus. Euromoney magazine recognized Bank of Cyprus as the best financial institution of the island in 2015./p>

As the bank provides various financial products to private and corporate clients, it is well suited for bank account opening for offshore companies. 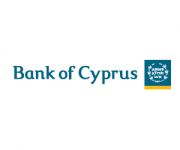 In 1943, the bank began expand actively, absorbing other banks of Cyprus, spreading throughout the island, and in 1955 it was established subsidiary in London. Then it was appeared Bank of Cyprus in Greece, Australia, South Africa, Canada, Romania, the Norman Islands. Branches were also opened in Russia (Bank of Cyprus Moscow), Ukraine. Currently, the bank is represented at the London Stock Exchange.

Bank of Cyprus Group wasn’t limited just bank’s working. There were established insurance company EuroLife, Health Insurance Fund of the Bank of Cyprus, factoring and leasing companies, and other enterprises. In order to attract the attention of customers, since 2000 the bank has started offering remote service as an alternative to branches (Internet, telephone, WAP).

Personal visit is not necessary for bank account opening. Official representative Bank of Cyprus is in Moscow, and we will agree about the meeting. In addition, our specialists will help you to prepare all necessary documents, fill out the forms. The application revision takes about a month. If something from the Bank of Cyprus LTD employee provokes suspicion, additional papers will be required. Therefore, it is important not to ignore our recommendations filling the forms.